What's on your mind?

My wife and i have been binge watching POI and loved the first few seasons. we just finished season 4 and don't understand what happened to the writing and storytelling.

John has gotten " buffy ed" from EP to EP. way too much standing around staring when action is needed.

Season 1 the bad guys are good at the job and John is just a bit better.

Season 4 most of the fight at the last EP happens off camera and control is just stupid and not paranoid enough and gets taken. not to mention her agent Grice.

So did the writers change, or someone in management think they knew better?

In multiple instances, body armour is protrayed as it usually is in hollywood movies.

Meanwhile in one instance it's barely a scratch; Reese eats the shot to the chest and keeps moving.

Also, it's protrayed the same regardless of if it's hardplate or normal.

So in the first episode where we meet "The Voice" the end credits of the show never reveal who the actor was playing the character we never see. I under stand that, for obvious reasons the show creators would want that to remain a mystery. Except by the time they got to the episode "Sotto Voce" they didn't use the same actor. In fact a line of dialogue that Harold uses pulls double-duty when he talks about Easton using a voice modulator. This explains why he sounds different in person than on the phone in Last Call, but it also covers the fact the voices are different actors. I'm wondering after all this time if that will ever get revealed. :-)

I have another update to share - this time, Fandom's latest staff blog regarding the Featured Video area.

They are going to be making some experiments in order to find out what is best for that area, one of which is The Loop, a mini-show produced by Fandom that talks about content based on the vertical that the topic is about (for this wiki, it would be related with TV and movies). For more information, you may visit the actual blog post about it.

(If you are a newcomer to Fandom wikis and don't know exactly what I'm talking about - Featured Video is a video that appears above the content area of articles. Earlier this year, some changes happened so that logged-in users don't see these videos by default, but unidentified users can still see them when visiting wikis.)

And of course, if you have any questions about this at all... feel free to ask them!

I have been going around informing wikis about Fandom's newest blog about the Global Taxonomy project. To put it simply: the "related pages" between different wikis should start becoming more connected based on the relationship between their content.

So for example, for Person of Interest, if there are articles in common with another wiki (such as the cast and crew of POI), then these would be better connected in terms of sections of recommended pages to visit. This should be exciting - we will be able to start seeing some of this early next year.

For more information, feel free to check the blog post at Community Central.

I don’t remember for sure, but does Kara Stanton ever use John’s last name of Reese when referring to him? I know in the flashback she figures out the name she wants for him and in the present Harold is calling his name, Mr. Reese. I’d assumed that meant she named him Reese.

But I always wondered why, if that was Kara’s choice, it was his preferred name. Or maybe it was his foster parents last name? Well, I’m slowly going through the episodes again, I’ll have to listen for Kara’s wording, unless someone knows for sure.

I have been thinking about this topic for long time and I would like to hear your opinions.What is the positive side of something like this and the negative side.Thanks for sharing opinions,please be respectful to each other in comment section

I can’t understand Greer’s words in the opening sequence to season five. It sounds like he’s saying “you planted it the paths of/for fate.” So confused. If anyone could clarify this, it would be much appreciated. Thanks.

Am I the only one who prefered the Samaritan operation over the Machine one? Samaritan was just perfect. It's organization, the AI was way more cleaner looking than the machine, more precise, it had lots of ups. It could set the economy to perform well, it prevented unemployment, world hunger, helped people to get a better medical assistance, etc. The only downs of it was the violence that it implied, but even the violence was made to prevent bigger threats to national security. Samaritan was way more powerful than the Machine and was needed. Not in the hands of a private company, of course Greer shouldn't have access to NSA Feeds, Samaritan should have been sold entirely to the government, but even then, Greer was a great leader of it, and probably my favorite character in the show, despite his bad intentions towards the violence, he was someone really wise and sure knew how to rule Samaritan to glory. Who, like me, prefered Samaritan and Greer over The Machine and Harold? I just think that Harold was too soft for the position.

Does anyone know which episode Reese attempts to find out where Finch is from by guessing his favorite baseball team? Thanks, if you can help!

Is it possible to make a partnership between PoI's fandom and another PoI community ?

I am Starting a New Company. And i really wanted to show my love for POI by naming my company as Thornhill Corporation. Well i have a question regarding this. Can i use the Thornhill Logo for my company ?

i really want to use it so whenever anyone ask me about why i chose the name or logo.. i can brag about my love and dedication for POI.

Hopefully someone will guide and or help me.

This wiki states that John was adopted at birth, and do not know his biological parents. Is there anything else than what is seen in the episodes to back this up?

5x03 does imply that he had an adoptive mother, but not that he was adopted at birth. For all we know, both his biological parents died, and he was adopted after that; moreover, when John goes back to Puyallup (3x11 or 12, not sure), Fusco recognize Reese's father on a photo, from their similar looks, on top of the fact that he's wearing his uniform.

Call me stupid if you want, but what are the odds that an adopted child looks like his adoptive father?

(Or John's mother might have died after his father, for some reason, accidental, health-related, or even depression, and arelative could have taken John in, adopted him. That happens, or am I wrong?)

I'll just add that Kara states he never really had a family, just before talking about his adoptive mother, but I wouldn't bet on the exactitude of her intel, given that itmost likely came from John, and the guy has made an habit not to be very truthful. After all, the Machine lists him as having a sister, which doesn't fit, again, with Kara's claims.

And even if she did know, she could simply be meaning that he's estranged from his sister ( could be way older than him, or younger, what do I know ), and that given his father's service, he hasn't seen him much.

Personally I tend to think it's all a continuity error, but I'm pretty sure we can make something that actually works out of it, rather than deciding that one statement from Kara negates everything else we saw in the show. What do you think?

Hello. I was wondering if anyone took a look at Diane Hanson's email list in the Pilot. Does it really have email addresses or at least the names of people from Fringe? With J.J. Abrams being part of both series, do you think he slipped the Fringe references into Person of Interest?

Happy New Year 2017 to all of you here and especially to Helloclaire, LeverageGuru, Playsonic2, p-t-x and all the others who used to help out. Hope you guys are doing well and let me know if there are other Wikis you guys are contributing to so that I can check out your wok.

This is my list of who in Team Machine killed the most people throughout their lives.

can someone please help me......i saw all episodes in person of interest. in one episode there is a scene in which harold solve the problem of layer vise analysis of a building by wifi triangulation or some thing.... idont remember the correct information of what happened....if any body remember the episode can u please tell me which was it....

I am trying to use photoshop to create a square for a selfie of mine and make it look like im an asset or admin of the Machine. Can someone teach me or do a tutorial?

Why didn't the trio return to PoI in season 4? Was it a casting/budget-related choice not to have them return? Were the actors unavailable for season 4? Or was there a story/in-world related reason?

How did John Reese know about the Machine before Harold Finch actually told him about it (midway through the Pilot episode)?

In another topic, a contributor notes correctly that in flashbacks, the yellow square on Reese should be ignored, since all flashbacks are reviewed in the present (with Reese as the Machine's [primary] asset).

But in the Pilot episode, BEFORE Reese meets with Finch, he is seen on a survelliance camera on the subway car (after his fight with Anton) with a big yellow square - in the present, of course.

A writer covering PoI [possibly for IGN] who asked Jonathan Nolan this question before season 2 began (after the yellow square in "Firewall", 1x23, was used to foreshadow Root's emergence) was told we would get an answer in later seasons. 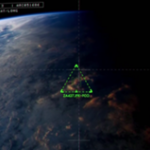 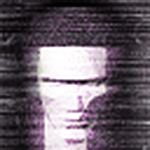 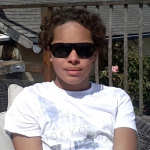 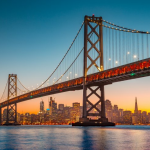 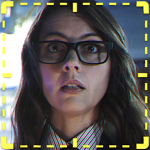 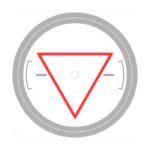