View source
watch 01:36
We're Getting Mutants in the MCU - The Loop
Do you like this video?
Play Sound
4C 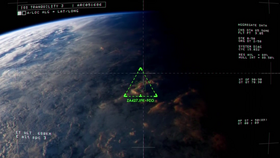 Reese boards an international flight in an attempt to put the team and the past behind him, but is angered when he realizes his travel plans have been manipulated.

4C, while literally Owen Matthews' seat number, is also a play on the word "foresee", that is, to anticipate a coming event. In this story, Reese, having said goodbye to Finch and broken down his telephone, expects to travel to Istanbul to put his life behind him. What Reese does not foresee is the Machine's determination to give him a reason to return to Finch, and its influence, even on a plane in flight.