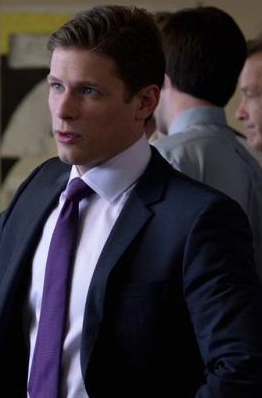 He was targeted by his friend and senior trader at Baylor Zimm Paul Ashton and corrupt SEC investigator Doug Rasmussen for assassination after he noticed something unusual with the company's investments in an energy company called Tritak.

He was romantically involved with Sydney Baylor even though she was his boss. She was killed by Elias' men to frame Adam but Detective Carter was able to figure out how Adam was framed and exonerate him.

With the help of Reese and Finch he was able to reverse the damage done by Paul and Doug and the two were arrested for their crimes while Adam's name was cleared. He later decided to quit working as a trader and decided to start a food truck business with his uncle and legal guardian Bob Sowoski.