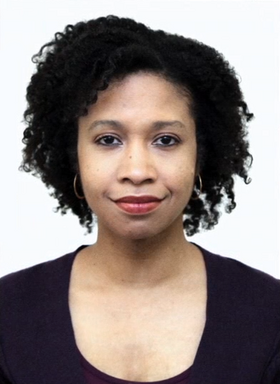 Anna Sanders is an early person of interest.

The Machine sent Nathan Ingram Anna Sander's number after it identified her ex-boyfriend, who had been stalking her, and whom she had filed a restraining order against, as a threat.

In 2009, as she left her apartment, her ex-boyfried approached her, while, unbeknownst to her, Ingram had been waiting to intervene.

When Finch followed Ingram to the Library, Anna's picture was up on Ingram's board of numbers with a newspaper article attached to it. It revealed the police were called to a shooting after shots were fired at Anna's apartment, and that they found her ex tied up in her living room. Anna told the police her ex had been stalking her and that a man had saved her. The police found enough evidence in her ex's car to arrest him for his crimes.

Nathan revealed to Finch that Anna was the first of five people he managed to save though he failed to save seven others. (“Zero Day”) Anna's picture was one of several Reese found when he opened a secret wall safe in the Library. Among those pictures were others from Nathan's board and one of Jessica Arndt (“God Mode”).