Person of Interest Wiki
Register
Don't have an account?
Sign In
Advertisement
in: Characters, Flashback Characters, Relevant Number,
and 4 more 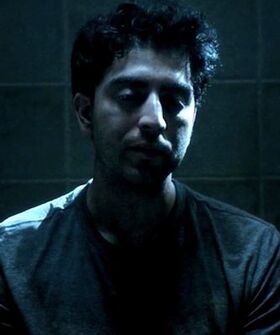 Asif is a suspect in a threat to national security who was suspected of attempting to bomb a ferry and interrogated by Hersh.

He stated that he had been attempting to load semtex onto a van next to the Liberty Island ferry and that he would be the detonator. When Nathan Ingram decided to speak to a reporter about the Machine, Special Counsel and Hersh sent Asif to fulfill his mission, zip-tying him to the steering wheel of a van loaded with explosives which was detonated next to the Libertas Cruises Island Ferry where Ingram was waiting to meet the reporter.