View source
watch 01:36
We're Getting Mutants in the MCU - The Loop
Do you like this video?
Play Sound
Central Intelligence Agency 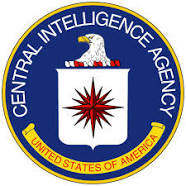 The Central Intelligence Agency is a U.S. government agency that operates on foreign soil as the FBI does inside the U.S. Nicknamed "The Company", it gathers intelligence and presents it to the President of the United States, the United States Congress, the DoD, and other top-level decision-makers who must make decisions that protect the U.S., its citizens and its interests from various threats.

The CIA divulges information about its activities to Congress and the President; however, it is suspected of extralegal activities. These "black operations" involve action against enemy governments or non-state actors, such as assassinations, inciting rebellion and (counter-)espionage. Agents involved in these missions may be disavowed if discovered.

Officially and according to its charter, the CIA does not conduct operations in the U.S, but is suspected of it. These activities, while illegal, keep terrorist attacks from occurring.

Portrayal in the Show

John Reese is a former CIA operative, initially presumed dead but discovered lurking in New York City in 2011. (“Pilot”) He is tracked by his former handler, Mark Snow, who directed Reese's final mission. As the mission was supposed to end with the elimination of Reese and his partner, Snow intends to follow through with the cover-up. (“Matsya Nyaya”)

One particular person of interest was an NYPD undercover detective investigating a drug distribution operation that turned out to be part of a CIA domestic operation bankrolling the "War on Terror" through drug sales. One of the agents responsible for the operation, L.O.S., was arrested by the NYPD for his involvement, but immediately bailed by the CIA (so they could issue their own punishment). (“Blue Code”)

Also, Root and Shaw get into a CIA black site. Following indications from the Machine, Shaw pretends to be CIA Agent Dearborn who is taking a prisoner (Root) to the holding location. Root is able to talk to Jason Greenfield, Root's person on interest there, and later helps him escape when their transport is attacked by Vigilance members. (“Mors Praematura”)