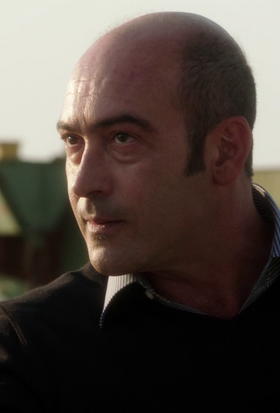 Christopher Zambrano is the son of deceased mafia don Vittorio Zambrano. Unlike his father he was an honest businessman and was harassed constantly due to his father's activities. After his father was killed, Christopher found his ledger with the payoffs for HR and called the FBI. Due to the constant harassment he faced, Christopher only agreed to turn the ledger over in exchange for an immunity deal which the FBI set up for him. In the meantime, Christopher hid the ledger in a carousel he restored as part of his charitable actions. Due to an anonymous tip, reporter Maxine Angelis ran a story that Christopher was the head of HR. Christopher was murdered by gang members who wanted revenge on HR. His killers were caught by John Reese and turned over to the police and Reese and Maxine were able to locate his father's ledger due to Christopher's comments to Maxine that no one ever looks where he does good.