Person of Interest Wiki
Register
Don't have an account?
Sign In
Advertisement
in: Deceased Characters, Mobsters, Male Characters,
and 2 more 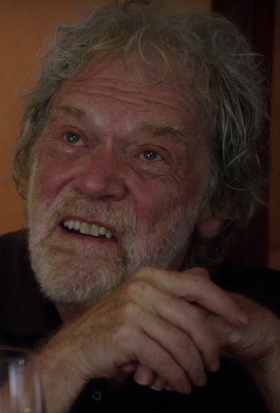 George Massey is a racketeer and the head of an Irish mob family.

George had Sean Delaney killed by Riley Cavanaugh because he was stealing from him. He then sent Riley to keep an eye on Sean's widow Annie Delaney, whom he had feelings for, but Riley fell for her instead. George eventually learned of the relationship and after Annie kept pestering him about Sean's murder, ordered Riley and his son to kill her. However, after George secretly ordered Eddie to murder both of them, Riley killed him in self-defense.

In response to Eddie's death, George puts out a million dollar bounty on the two. With the help of Elias, Reese and Finch were able to get it called off, but a bounty hunter kidnapped Annie anyway. As he prepared to kill Annie, George admitted to her that he did have Sean killed and implies to her that Riley did it. Before he can confirm it, Riley enters and threatens George to let Annie go. A gunfight erupts between George's gang and Riley and Reese. Riley and Reese kill all of George's men and get Annie to safety, but Riley is wounded covering Reese and Annie's escape. George approaches Riley, telling Riley he should've killed him himself. Riley tells George that Annie was right and no one will miss either of them before shooting George dead. Moments later, Riley is killed by Ochoa.