Person of Interest Wiki
Register
Don't have an account?
Sign In
Advertisement
in: Characters, Dons, Persons of Interest,
and 5 more 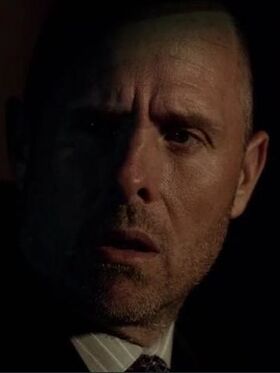 After Gianni Moretti was kidnapped by Elias, Moretti, Jr. took over the running of the Moretti crime family. He was one of the five heads of the Italian mafia dons in NYC targeted to be killed by Elias.

Carter took him and the other dons into custody to protect them from Elias' attack. After Elias was arrested Moretti, Jr. reunited with his father. But the reunion did not last long as both Moretti, Jr. and his father were killed in car bomb explosion carried out by Anthony Marconi on Elias' orders. (“Flesh and Blood”)