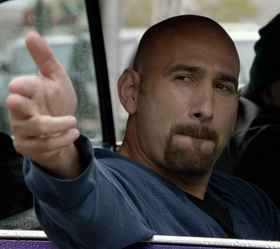 Hector Alvarez is a gun runner who murdered Ronnie Middleton, a witness against him in another shooting.

Hector was responsible for multiple homicides but no one dared to testify against him in fear of retaliation. He threatened Carter and her son when she began to investigate the murder of Ronnie Middleton.

After Carter revealed to Hector's two girlfriends that he was cheating on them both, one gave them the shirt he was wearing at the time of the murder and the other gave her the location of a warehouse he ran guns out of. As a SWAT team engaged his men inside the warehouse, Carter realized Hector was trying to escape out the back in a truck. As Carter stood in his way, Hector drove at her, firing a gun all the while. While Hector missed, Carter returned fire through his windshield, hitting him in the shoulder and causing Hector to crash his truck before Reese could even intervene. Carter then arrested Hector for his crimes, telling him that his wound was for Ronnie Middleton. (“Get Carter”)