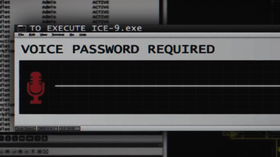 ICE-9(.exe) is a computer virus developed by the DoD for unknown purposes. According to the Machine, it is "the world's most lethal virus", capable of "bringing Samaritan to its knees". (“Synecdoche”)(“.exe”)

Origin of the Name

The name is an homage to Kurt Vonnegut, as Ice-Nine is a key plot point in his novel "Cat's Cradle", in which it is a polymorph of water that freezes at 45.8 °C, rather than at 0 °C. Any amount of it exposed to normal water acts as a seed crystal, converting the normal liquid water to solid Ice-Nine, even while inside the human body. Such destructive power is an indication of the virus' destructive potential.[1]

Finch stole the ICE-9 virus from Kelly Air Force Base, San Antonio, Texas as a means to destroy Samaritan. (“Synecdoche”)

In Richard Barnett's residence, he programmed it to activate only upon receiving the voice password "Dashwood", and equiped it with a propagation module Richard Barnett had sold to Russia's FSB to distribute spyware against US technology firms. After Barnett realizes Finch is working on the ICE-9 virus, he indicates it is capable of bringing down the Internet to which Finch replies "been there, done that. I'm moving on to bigger game." Despite Samaritan's best efforts, Finch uploads the virus onto the NSA's Intranet and activates it. (“.exe”)

As the Machine predicted, the virus caused significant collateral damage with devastating consequences on a global scale, including bringing down the global banking system. Shaw later called these effects Cyber Armageddon. The virus infected both Machines, eventually leading to their destruction. Samaritan, however, had copies of itself in an "airgap" server, which Finch later infected with the virus, though both Machines could upload themselves to a satellite where the Machine ultimately destroyed Samaritan. A week later, the virus had been contained and the world was beginning to recover. (“return 0”)