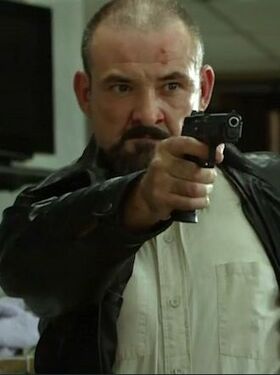 IRS is the code name used by the assassin hired by Jimmy Calhoun on behalf of Landale to track down and kill Theresa Whitaker.

After receiving the contract, he tracks Theresa down to a laundromat, however Reese showed up just a moment before him and the two engage in a vicious fistfight. He is able to get the best of Reese and throws him out of a glass window. Reese shoots IRS, but he survives as he was wearing a bulletproof vest.

IRS tortures and later kills Derek Whitaker when he refuses to give up Theresa's location. He then wiretaps Elizabeth Whitaker's phone and locates Theresa when she calls the house. He corners Finch and Theresa at the hotel where they were hiding and prepares to kill them. However Reese arrives at the last second and shoots him dead.

Retrieved from "https://personofinterest.fandom.com/wiki/IRS?oldid=73422"
Community content is available under CC-BY-SA unless otherwise noted.