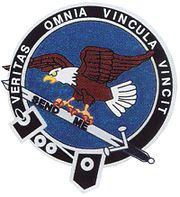 The U.S. Army Intelligence Support Activity (ISA) is a special operations unit that collects "actionable" intelligence in preparation for activities by other special operations units, particularly those related to counter-terrorism missions. Elements of the unit were involved in intelligence gathering and analysis prior to the killing of Colombian drug kingpin Pablo Escobar, the capture of Saddam Hussein and the mission which resulted in the death of Osama Bin Laden. ISA missions are generally identified by two-word code names. Famously, the mission that included Hussein's capture was known as Grey Fox.

The ISA on Person of Interest

The ISA's main task is to eliminate threats to national security. According to Reese, it is "an obscure unit that does black-ops so dark, technically they don't exist". (“No Good Deed”)​

The ISA has a budget that stretches back over several years. Large amounts of it were coded to "Northern Lights". A project that included the Machine's development and the construction, led by Daniel Aquino, of a facility to house it. This, along with the ISA's operations comprise the "Program". (“Relevance”)​ It is later used to pay Decima for access to Samaritan.

"Research" is the program's codename for the Machine. It sends the ISA the Social Security numbers of persons of threats relevant to national security. ISA Operatives aren't told of the true nature of "Research" and speculate the numbers originate in Guantanamo or other places after torture. As far as they are concerned, "Research" is a secret group working out of an unknown location.

After the government is forced to officially sever ties with the Machine, Samaritan replaces it, creating Research 2.0 in collaboration with Decima. (“Proteus”)​(“Honor Among Thieves”)​ The information Samaritan gives is far more comprehensive and operatives can access it from a mainframe inside the Pentagon. Therefore, operatives are simply given action orders, green-lit by Control, and investigation on their behalf isn't needed. Samaritan has on several occasions influenced the ISA to further its goals: on one occasion, it changes to objectives of ISA operatives to secure a lethal virus (“Honor Among Thieves”)​ and on another, it manipulated information to frame innocent men it wanted dead, as terrorists. (“Control-Alt-Delete”)​

The Intelligence Support Activity , or "The Activity", is a special military unit in the US Army. They are tasked to collect actionable intelligence in advance of missions by other US special operations forces, especially Delta Force and SEAL Team Six.

The real-life counterpart of the ISA, sometimes known as the "Activity", changes its name periodically because of the secretive nature of its work. Unlike the CIA, NSA, or DIA (its civilian counterparts), the ISA is a Special Operations Unit that specializes in gathering actionable intelligence, both from human sources (HUMINT) and from signals such as electronic communication (SIGINT) to aid its Tier-1 partners, such as U.S. Army Delta Force or U.S. Navy SEAL Team Six, in their Special Operations.

The ISA also has a direct action arm comprised of men and women recruited from the US Army Delta Force, Army Special Forces, 75th Ranger Regiment, Army Intelligence, and Army Civil Affairs. The unit's Female operators mainly come from Military Intelligence and Civil Affairs backgrounds. As the unit's "shooters" these operators conduct covert special operations all around the world and often deploying alongside their brother Tier-1 units. Operations which the ISA conducts are often so secretive and in the black that neither the CIA nor the NSA can or will do them.

Like other JSOC units, the ISA is free to recruit members of different military branches to help augment their operational capabilities. Hence why individuals such as Sameen Shaw being recruited from the Marine Corps into an Army unit is not unheard of.