Person of Interest Wiki
Register
Don't have an account?
Sign In
Advertisement
in: Male Characters, Minor Characters, Characters,
and 2 more

View source
watch 01:36
We're Getting Mutants in the MCU - The Loop
Do you like this video?
Play Sound
Jason Greenfield 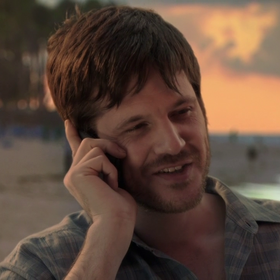 Jason Greenfield is the foster brother of Timothy Sloan, and a computer hacker.

Because of an interest in hacking, at an unknown time, Jason Greenfield joined Vigilance. He hacked several government agencies and pointed Vigilance toward Wayne Kruger, suggesting they scare him. The group killed Kruger and Jason chose to sever ties with them. He later made a deal with the government to trade anything he knew about Vigilance for a new identity. The CIA later double-crossed him by staging his death and putting him in a black site.

To tie up loose ends, Vigilance started a search for Greenfield and came across his foster brother, Timothy Sloan, who was investigating Jason's apparent heroin overdose. Sloan was captured by Vigilance and questioned. Under the Machine's instructions, Root infiltrated the facility Greenfield was held at to later save him from Vigilance's ambush. She provided him travel documents and money. Sloan was rescued by Reese, and later contacted by Jason from Cartegena, Colombia to tell him he was doing well. (“Mors Praematura”)

Root sent Daniel Casey to look for Greenfield in Colombia, acting on the orders of "a mutual friend". (“RAM”)

At some point in time, Jason, Daniel Casey and Daizo were contacted by Root. After the four stole computer equipment from various companies in the tri-state area and Root obtained seven Samaritan servers, they traveled to NYC and met with Reese and Shaw, whom Jason recognized as the ones who helped save him and his brother. Once in the safe house,they were instructed by Root to modify seven Samaritan servers and retrieve location data from a satellite radio she took from a Decima operative's car. A little while after Root left, she contacted Jason to ask for a status report. He informed her they had run into trouble with the servers' hardware and that they needed more time. He also tells her they hadn't retrieved any location data from the satellite radio. Root later contacted them again and asked them to identify the target of a Stuxnet based virus she had retrieved from a Vigilance operative. They discovered the virus' target is the power grid and promptly inform her. After they had completed the servers and retrieved a location, Root took them to a Samaritan facility. Telling them not to come with her, she gave each of them an envelope with a new identity and said a car would take them where they needed to be. (“A House Divided”)

Jason's new identity is one of seven the servers hard-coded Samaritan to ignore. (“Deus Ex Machina”)