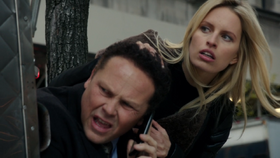 The Machine flags her as a Person of Interest during Reese's capture by the FBI. While Finch and Carter work to manipulate FBI Agent Donnelly's investigation (complicated by the simultaneous capture of three other "men in suits"), Finch tasks Fusco with her investigation. 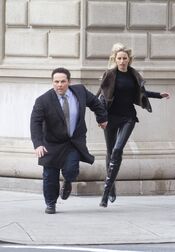 Kurkova immediately suspects Fusco is another Armenian goon and defends herself with pepper spray.

After earning her trust, Fusco struggles with her protection detail. He repeatedly requests assistance, but is able to recognize a mysterious man as being involved with the Corwin cover-up.

At one point, she hesitates to leave his side while they are caught in a firefight. Somehow, Fusco and Kurkova survive their ordeal, and part ways after she kisses him and tells him to call her. (“Prisoner's Dilemma”)