View source
watch 01:36
We're Getting Mutants in the MCU - The Loop
Do you like this video?
Play Sound
Last Call 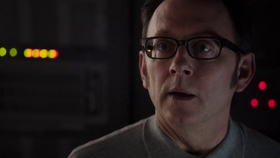 Finch goes undercover in an emergency call center to protect a 911 operator, but it soon becomes clear that the threat reaches further than the team could have anticipated.

"Last call" is an expression used in bars when closing time is approaching, and the bar is taking its last orders of the evening. It has become a metaphor, although not a commonly-used one, for the last chance to engage in some behavior.

The episode's name operates as a play on word in multiple ways: