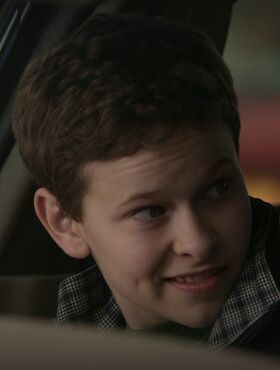 Since Lionel and his wife divorced, Lee only gets to see his father occasionally. However, he is still very fond of him. Lee shares his dad's love of hockey and is an avid hockey player himself. (“Cura Te Ipsum”) (“Matsya Nyaya”)

Fusco is later captured by HR and is interrogated on the whereabouts of files on HR members. The criminals threaten Fusco, claiming that they will kill Lee if he refuses to cooperate. When officer Patrick Simmons learns that Fusco lied to them, he orders one of his men to kill Lee. The thug arrives with a gun, but is killed by Sameen Shaw. Shaw rescues Lee, and Fusco escapes HR. After the ordeal is over, Fusco watches Lee play hockey with some other people, presumably his coaches. (“The Crossing”)