View source
watch 01:36
We're Getting Mutants in the MCU - The Loop
Do you like this video?
Play Sound
Lethe 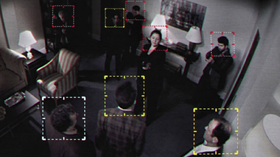 Flashbacks to Finch’s adolescence provide insight into his creation of the Machine. The team receives the number of a man dying of a brain tumor as Reese leaves the POI team behind in the aftermath of the war with the crime organization, HR.

Lethe (Λήθη) in Greek mythology is the river of forgetfulness. It is one of the five rivers flowing into the Hades, the Underworld; drinking its waters causes the drinker to forget. It is also the name of the goddess of forgetfulness.