Person of Interest Wiki
Register
Don't have an account?
Sign In
Advertisement
in: Citations needed, Season 1, Episodes,
and 2 more
English

View source
watch 01:36
We're Getting Mutants in the MCU - The Loop
Do you like this video?
Play Sound
Many Happy Returns 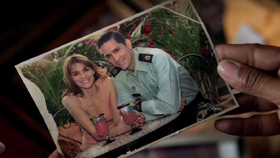 "Many Happy Returns" is the 21st episode in season 1, and the 21st produced hour of Person of Interest. It originally aired on May 3, 2012.

It's Reese's birthday, and Finch gifts him with a day off - especially when he realizes that the Machine's latest number is sure to revive painful memories.

Many happy returns is a birthday and anniversary greeting offering the hope that a happy day being marked will return many more times. As the title of this episode it's also an ironic reminder that Reese must live through the loss and death of his loved one again by helping Sarah Jennings to get away from her abusive husband.