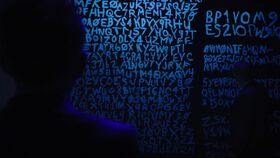 "Mors Praematura" is the sixth episode of season 3, and the 51st produced hour of Person of Interest. It originally aired on October 29, 2013.

Freed from her psychiatric ward confinement, Root receives a directive from the Machine that requires Shaw's assistance – by any means necessary – and takes extreme measures to gain her compliance. Also, Reese and Finch look for clues as to why a mild-mannered estate investigator’s number has come up.