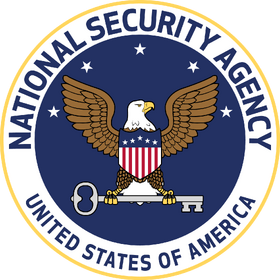 The National Security Agency (NSA) is an intelligence agency of the Department of Defense.

It provides the Machine with a significant volume of raw data such as e-mails, telephone communications, video feeds and audio feeds. (“Ghosts”)

This is sent in signals just above the Shannon-limit, as is revealed by Henry Peck, an NSA analyst working out of a listening station in NYC. Having noticed the names of the terrorists had been added to case files he wrote, Peck unwittingly discovered the Machine's operations and an ISA team was dispatched to kill him.(“No Good Deed”)

Samaritan took control of the NSA headquarters and used it as an operation center with 1,206 assets. (“.exe”)