View source
watch 01:36
We're Getting Mutants in the MCU - The Loop
Do you like this video?
Play Sound
No Good Deed 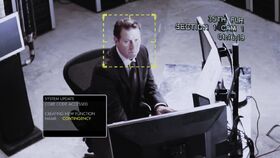 The newest POI's curiosity could spell his doom when he finds himself embroiled in a dark government conspiracy - one that Finch is all too familiar with. Meanwhile, Reese uncovers something revealing about Finch's past.

The title comes from the proverb, "No good deed goes unpunished."Clare Boothe Luce, an American Dramatist and Diplomat, coined the phrase to mean that a good deed is an intervening act, as opposed to looking the other way, thereby, causing the doer of good to wreak the consequences from persons involved.