Person of Interest Wiki
Register
Don't have an account?
Sign In
Advertisement
in: Featured Articles, Season 1, Episodes,
and 3 more
English

View source
watch 01:36
We're Getting Mutants in the MCU - The Loop
Do you like this video?
Play Sound 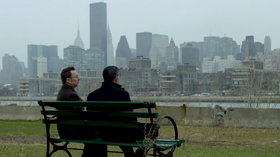 Series Premiere. "Pilot" is the first episode of Season 1, and the first produced hour of Person of Interest. It originally aired on September 22, 2011. The pilot was produced in two forms: a 43 minute broadcast version, and a 56 minute extended cut, available with optional commentary on the Season 1 DVD.

When the social security number of a young prosecutor comes up, Reese and Finch work together to figure out if their person of interest is the victim or perpetrator.