View source
watch 01:36
We're Getting Mutants in the MCU - The Loop
Do you like this video?
Play Sound
Point of Origin 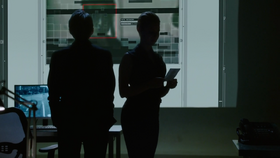 "Point of Origin" is the eighth episode of season 4 and the 76th produced hour of Person of Interest. It originally aired on November 18, 2014.

Reese volunteers as an NYPD police academy instructor in order to keep an eye on a talented young officer whose suspicious actions make him question her motives. Meanwhile, Martine – armed with information from Samaritan – hunts a member of the team.

The events in this episode are from Samaritan's point of view.