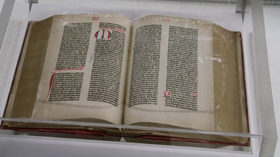 "Provenance" is the 14th episode of season 3, and the 59th produced hour of Person of Interest. It originally aired on February 4, 2014.

Reese rejoins Finch in New York, but when the team receives the number of a highly skilled antiquities thief, a surprising turn of events finds them planning an elaborate heist which could land them all in jail.

Provenance is a commonly used term in the fine arts trade which refers to the artist, place of origin, history, and chain of custody or ownership of a work of artistic significance or of great value. Documented provenance is key to determining the authenticity and value of a piece. It often becomes critical to the determination of ownership of important works of art, particularly those that were stolen or were looted during events such as World War II.