Person of Interest Wiki
Register
Don't have an account?
Sign In
Advertisement
in: Episodes, Season 3, Episodes with Multiple Persons of Interest,
and 2 more
English

View source
watch 01:36
We're Getting Mutants in the MCU - The Loop
Do you like this video?
Play Sound
Razgovor 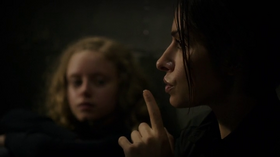 "Razgovor" (or "Разговор") is the fifth episode of season 3, and the 50th produced hour of Person of Interest. It originally aired on October 22, 2013.

When Shaw is tasked to stay close to a 10-year-old identified by The Machine, she grudgingly develops respect for the young girl's skills in surveillance and realizes it could be the very reason why her number has come up. Meanwhile, Carter's mission to bring HR to justice risks exposure.

Razgovor is a Russian word meaning dialogue or conversation. The episode's alternate title is Разговор, the Cyrillic spelling of Razgovor. The episode title is taken from the 1974 film The Conversation starring Gene Hackman and being directed by Francis Ford Coppola. In the film, a surveillance specialist finds a routine surveillance job is anything but routine when he discovers he may unwittingly be part of a plot to murder a woman and her lover. 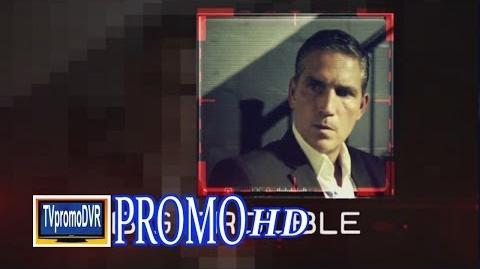