View source
watch 01:36
We're Getting Mutants in the MCU - The Loop
Do you like this video?
Play Sound
Romeo 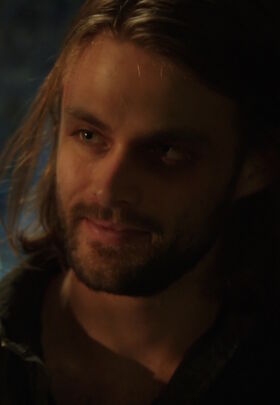 "Romeo" is the leader of a team of bank robbers that Shaw joins upon instructions from the Machine.

"Romeo" initially uses the name to attempt to find a date with Shaw over the dating site Angler, to which Shaw expresses both doubt and annoyance especially after Root's encouragement to accept.

Shaw decides to meet with Romeo after the completion of a case and is surprised to see her "date" in fact be a robber. He offers her a position as their driver and she gladly accepts. (“Panopticon”) She continues to regularly work for the gang. (“Nautilus”)

Shaw beats up Romeo and his men after they violate her rule of getting out on time during one of their robberies and severs her ties with them. Despite this Romeo gives a good recommendation to Tomas Koroa regarding Shaw. (“Honor Among Thieves”)

After interrogating Katya Rodchenko, Martine Rousseau tracks down Romeo while hunting for Shaw. Romeo tries to warn Shaw but Martine kills his bodyguard and forces him to reveal how he contacted her. His current status is unknown. (“Point of Origin”)