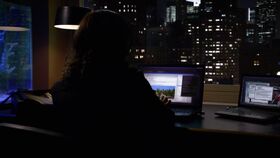 "Root Cause" is the 13th episode in season 1, and the 13th produced hour of Person of Interest. It originally aired on February 2, 2012.

Reese and Finch's latest POI is a down-on-his-luck man who may have reached his breaking point. As the case evolves, the duo calls upon a former POI for help, the resourceful and well-connected Zoe Morgan.

Root cause generally refers to the thing primarily responsible. Here it is a play on words because the perpetrator is named Root.

The term "Root" also comes from the word "Rooting" in programming. Rooting is the process of allowing users of smartphones, tablets and other devices running the Android mobile operating system to attain privileged control (known as root access) over various Android subsystems – which Root is doing by taking the control over Finch's system through hacking. 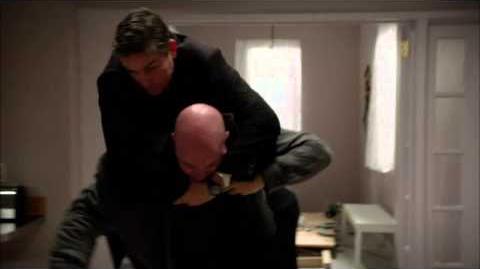