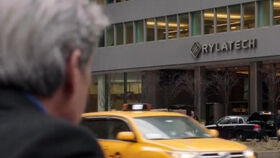 Rylatech is a leading networking equipment company that produced switches and routers. It became involved in espionage.

After the dotcom bubble burst, Rylatech went bankrupt and its owner Martin Baxter saved the company by selling out to Decima Technologies. Rylatech compromised its products to allow Decima access to its clients data transfers. Among those clients were the US government and a number of contractors. Decima accumulated a great amount of top secret files and shared a small number of those with China.

When Senior VP Monica Jacobs suspected Justin Lee of corporate espionage, she shared her suspicions with Ross Haskell. Assisted by Jerome Eckert, Martin Baxter had her framed as a spy and had her terminated. Reese and Finch intervened, and cleared Monica's name and sent evidence of Rylatech's extralegal activities to the FBI. Upon instructions from Greer, Martin killed himself to avoid capture.

The next day, Rylatech's stock plummeted under rumors of espionage, the FBI started an investigation, Rylatech's products were ordered replaced and Decima made it seem China was responsible. (“Trojan Horse”)

Vigilance uses Rylatech satellite technology to broadcast their trial all across the world. Greer, however, reveals it was broadcast to a single office where computers created the impression millions were watching. (“Deus Ex Machina”)