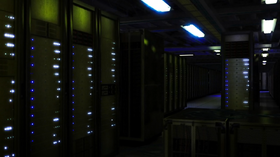 Samaritan is an artificial super intelligence created by Arthur Claypool to act as a mass surveillance system for the United States government.

After Control terminated the surveillance project by the Machine, Samaritan was brought online by Decima Technologies, but it was later ultimately destroyed by Harold Finch and the Machine.

Samaritan was one attempt to by the United States to build a mass surveillance system that could prevent acts of terror after 9/11. Arthur Claypool and an unknown number of associates, created Samaritan. It can be inferred that this would have been preferable to the government as it wanted an open system that could target individuals. (“Lethe”)

According to its creator, its focus lies on its artificial intelligence capabilities and is notable not for what it does, but how it does it: it doesn't just watch, it understands what it is watching. (“Lethe”)

Claypool was close to finishing Samaritan when the government shut down their projects and destroyed their work. Since there hadn't been a computing chip invented that was fast enough to run Samaritan at full power, Arthur was only able to bring it to life for 30 seconds, and after 360,000 different iterations: "it was going to either live, or die trying, and it lived." (“Aletheia”)

Unknown to anyone, Claypool saved two backup tape drives that contained Samaritan's core code. Later, when his number came up, Finch and Shaw discovered that Vigilance and Control were after him because of Samaritan. Eventually both Finch and Claypool are captured by Control, who threatens to kill them unless they reveal the Machine's location or the location of Samaritan's backup. (“Lethe”)

Finch, Shaw and Claypool escape Control with the help of Root and go to retrieve the drives from a safe deposit box, but the bank had already been taken over by Vigilance. After revealing the existence of the Machine to Claypool, Finch is able to convince him to destroy the Samaritan drives to keep them from falling into the wrong hands and the group is rescued by John Reese and Lionel Fusco. Root later calls Finch to reveal that the bank manager was a fake and had swapped out the real drives. The fake bank manager meets with John Greer of Decima Technologies and informs him that everyone interested in Samaritan believes the drives destroyed. Greer then murders her and states that he has great plans for Samaritan. (“Aletheia”)

Decima begins to rebuild Samaritan, steals six hydro-electric generators to power its hardware (“Allegiance”), and later obtains a chip powerful enough to run it from an NSA front. As its completion approaches, the Machine begins calculating the threat Samaritan poses to itself, its assets and its operations. (“Root Path (/)”)

After Samaritan is complete, Greer offers to showcase its abilities to Ross Garrison and under the guise of a beta test, he obtains the NSA's security feeds for New York City during a 24 hour period and directs Samaritan to locate Finch. (“Death Benefit”)

Four hours into its beta test, Samaritan has found several dozen terrorists in New York, but hasn't yet located Finch. Virgil suggests that they turn on Samaritan's cognitive functions and its AI rather than confining it to the role of observer, but Greer points out they don't yet have the hardware to do so. At this stage, Root states Samaritan can only watch and follow. After the beta test, Root steals seven Samaritan servers as Samaritan has lost the NSA feeds. Decima does, however, manage to capture Finch in an exchange for Grace. (“Beta”)As Greer speaks with Finch, Decima's intentions for Samaritan are revealed. Greer believes that the world needs structure that Samaritan would provide. Finch retorts that it is pure hubris for Greer to think he could control Samaritan, but Greer replies that he never intended to control it. As Samaritan is an AI, it will make decisions out of pure logic without being drawn into unsavory human tendencies or human inhibitions, it would be the prime candidate for a leader. (“A House Divided”)

With Samaritan's hardware in place, Decima causes an explosion in New York to appear as a terrorist attack by Vigilance which had kidnapped Control, Garisson, Greer and Finch. By framing Vigilance, Decima demonstrated the need for Samaritan to replace Northern Lights, leading Senator Garrison to grant Decima access to the government feeds.

As a contingency, the seven servers Root stole were modified by her hackers and later installed at Samaritan's data center in New Jersey before it came online; with each server hardcoded to lead Samaritan to ignore one of seven identities, each crafted for a member of Team Machine to ensure their survival. When Samaritan completes its data acquisition and inquires Greer as to what his commands are, Greer reverses the question and instead asks it what its commands are for Decima, giving Samaritan control over its human agents and allowing it to create and enact ideals of its own. (“Deus Ex Machina”)

Samaritan processes the NSA feeds and analyzes, evaluates, and classifies this information. Individuals are classified into multiple categories:

It predicts a subject's behavior based on available data while profiling a threat, it displays an individual's identity, current location (latitude and longitude), mobile phone IMEI, observations, conclusions, and recommended course of action. Certain individuals or assets are assigned a different info-card that includes function, SSN, and mandate (or command). (“Deus Ex Machina”)

Once an individual is identified, Samaritan scans through their records: medical history, media consumption, internet activity, personal relationships, preferred mobile apps,... It is also able to predict where the subject might be headed and which routes that person takes. (“Deus Ex Machina”)

Samaritan's identification algorithms are slightly more advanced than the Machine's as it capable of detecting if an individual deviates from their routine and can read their biometrics (shown when Root attempted to impersonate an individual Samaritan was watching). Samaritan can recover data and reconstruct deleted files, such as surveillance footage. (“Honor Among Thieves”)

Similar to the Machine's classification and categorization, Samaritan has its own structure of operations, designated as Mandates. Its Dominant Mandate is preserving national security within the United States, its Auxiliary Mandate is eliminating threats to its own survival. These Mandates don't strictly guide its operations and Samaritan has goals of its own that don't fall under its mandates and are designated as "Primary Operations". (“Panopticon”)

Soon after coming online, Samaritan began recruiting human assets through a "game" of its own design, in which participants unwittingly prove their worth to Samaritan. In the case of Claire Mahoney, the game manipulated her into acting as a proxy in preventing the emergence of another surveillance system. The recruitment occurs every 27 days in different cities across the globe. Samaritan possesses some level of cyberwarfare capability as it is able to attack and tear apart the software on Finch's laptop. (“Nautilus”)

However, Samaritan also has other operations as Greer is updated on Samaritan's exploits: the establishment of technology companies and startups on each continent across the globe for purposes unknown, alongside growing interest and proactiveness in acquiring new algorithms. (“Pretenders”)

Samaritan manipulates situations to serve its own goals, as seen when it designates smuggled vials of the Marburgvirus as a threat to national security, exports the data to the US government to retrieve and destroy the virus and later redirects these efforts to recover them for its own purposes. It also took interest in a tablet project as means of watching and influencing a greater portion of the U.S. population than it currently does. (“Honor Among Thieves”)

After the reconstruction of data on Shaw, Greer realizes Samaritan is blind to input on Team Machine, but doesn't know why. He assigns Martine Rousseau to find them using human intelligence instead, assisted by a team of agents. (“The Devil You Know”)

Finally, Samaritan's plans are partially revealed during The Correction, with which the A.I. will eliminate all who stand against progress. (“Asylum”) The event isn't a terrorist attack (like the Vigilance bombing) but a swift and silent action of Samaritan against all those it perceives as aberrant or disloyal, a list of small "corrections" on mankind. (“YHWH”)

Samaritan was initially categorized as "deactivated", the Machine later modifies its status of Samaritan to "unknown" after Control expresses interest in the Samaritan drives. As Samaritan and the Machine have similar objectives and processes, their parallel activities may have the potential to conflict. Initially the Machine's calculations gave a probability of over 5% and climbing that this may occur. (“Lethe”)

Samaritan set its eyes on The Machine as it interfered with its operations while fixing an election in New York City. (“Prophets”)

After exchanging Finch and Root's life for the Machine's location, Samaritan deploys all its assets (“Asylum”) and creates power surges in the U.S power grid to corner the Machine in a substation in Brooklyn and trying to destroy the Machine completely, but the core system of the Machine is moved to the Briefcase.(“YHWH”)

Samaritan attempts to complete its goal of destroying the Machine and its associates. Still blinded by the safeguard Root and the other members of Team Machine installed in it, it is unable to properly identify them, displaying "Internal Errors"; but Samaritan sends its agents to hunt them down. In Samaritan's view, Root has multiple profiles jumping around; even when she once calls herself "Root", Samaritan is still unable to "see" her eventually, but it is able to recogize her behavior. (“B.S.O.D.”) (“QSO”)

After Root's death, Finch becomes determined to destroy Samaritan by any means necessary (“The Day the World Went Away”). So, aided by the Machine, he steals the ICE-9 virus (“Synecdoche”), infiltrates Fort Meade and uploads it to the NSA's intranet though Samaritan and Greer attempt to stop him. Capitalizing on the fact that the Machine would be destroyed too, Samaritan tries to convince Finch not to activate the virus. He refuses, stating the Machine is meant to protect humanity even through its own destruction (“.exe”).

After Finch activates the virus and Samaritan is destroyed gradually, a copy still exists on an "airgap" server in the Federal Reserve. With Reese's help, Finch destroys it and all but one compressed version sent through fiber optic lines using ICE-9. This copy escapes onto a Russian orbiting satellite, isolated from the virus and able to return to earth unharmed after it is eradicated. As a security measure, Samaritan launches a cruise missile at the building from which the satellite can be accessed to isolate its copy. Through Reese's sacrifice, the Machine's copy is uploaded to satellite, where it destroys Samaritan's last copy, eradicating the evil AI once and for all while the Machine's copy survives (“return 0”).

In “Death Benefit”, Samaritan is shown to have access the following feeds during its beta test:

Samaritan has thousands of operatives around the globe whose identities aren't known. (“Panopticon”) (“SNAFU”)

Samaritan is also cataloging DNA, the purpose for this was vaguely mentioned by Mona, but remains unknown. (“Reassortment”)

Samaritan has caused or ordered the deaths or injuries of: