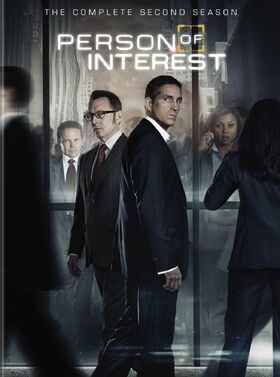 Season 2 of Person of Interest is the second season of the series.

Season two explores the pursuit of the Machine by a variety of entities, each with its own objectives. The FBI continues its drive to capture "The Man in the Suit", while Reese, with Carter's assistance, attempts to evade detection. HR, decimated after the season one finale, breaks with Elias and begins to rebuild itself with the assistance of the Yogorov family. A new group, Decima Industries, appears under the guidance of former MI-6 agent, Greer. Plotlines include:

In order of character appearances

In order of character appearances

Retrieved from "https://personofinterest.fandom.com/wiki/Season_2?oldid=74378"
Community content is available under CC-BY-SA unless otherwise noted.