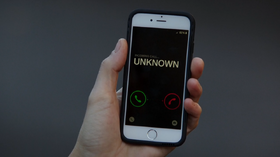 "Sotto Voce" is the ninth episode of Season 5, and the 99th produced hour of Person of Interest. It originally aired on May 30, 2016.

The mysterious criminal mastermind known as “The Voice” returns and traps Reese and Fusco in their own precinct with several armed gang members and the latest POI. Also, Root makes a shocking discovery.

Sotto voce is Italian for "under the voice", that is, to speak in a low voice for emphasis. The technique is designed to suggest revelation of a secret, or a piece of information that might otherwise shock or offend.