View source
watch 01:36
We're Getting Mutants in the MCU - The Loop
Do you like this video?
Play Sound
The Contingency 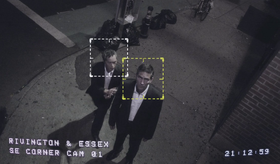 Season Premiere. "The Contingency" is the first episode of season 2, and the 24th produced hour of Person of Interest. It originally aired on September 27, 2012.

With Finch missing - kidnapped by his hacker nemesis, Root - Reese enlists Detectives Carter and Fusco to get his friend back. Meanwhile, The Machine never sleeps, disseminating a new number to Reese.

A contingency is an event or circumstance that is possible to anticipate but not predictable with certainty. In this case, Reese could not have anticipated Root kidnapping Finch. It is also the response to a contingency, usually prepared as a contingency plan.

The episode begins with a series of brief  flashbacks to key scenes from the first season which revisit what happened previously:

"You knew what we were building here. This thing looks for plotters, schemers. We built it to stop terrorists before they could act." (Finch) (“Ghosts”)

Alicia Corwin: "If Congress knew about this machine you're building, you would go to jail."
Nathan Ingram: "I don't suppose they'd let us be cell-mates." (“Super”)

"Knowledge is not my problem. Doing something with that knowledge, that's where you'd come in." (Finch) (“Pilot”)

"Sooner or later, both of us will probably wind up dead." (Finch) (“Pilot”)

Zoe Morgan: "She put the hit on herself. She was trying to lure you out into the open."
Reese: "She wasn't looking for me. She was looking for him." (“Firewall”)

"So nice to finally meet you, Harold. You can call me Root." (Root) (“Firewall”)

"He's in danger now, because he was working for you, so you're gonna help me get him back." (Reese) (“Firewall”)