Person of Interest Wiki
Register
Don't have an account?
Sign In
Advertisement
in: Antagonists, Organization, Mobsters, Persons of Interest
English 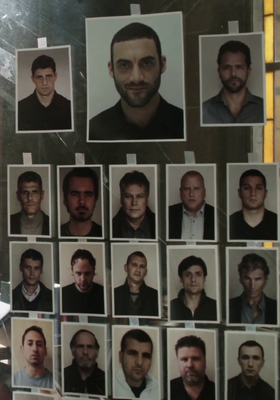 The Yogorov family also known as the Russian Mafia is a Russian organized crime family originally based in Brighton Beach, Brooklyn, New York. (“Witness”) Following the rise of Carl Elias they were forced out of the area, and relocated to Astoria Blvd in Queens. (“Razgovor”) The head of the Russian Mafia at the time, Ivan Yogorov, was killed by Elias' right-hand man and Ivan's son, Peter took over as head of the family. (“Witness”)

Seeking a new power base, the Yogorovs teamed up with HR after the brothers were offered their freedom in exchange for their support. HR helped Peter Yogorov to escape from Rikers, but left Peter's brother Laszlo in prison as leverage. (“All In”)

In one of their first acts under the new alliance, they planned to murder Elias during a prison transfer that HR had arranged. At the last moment, Carter intervened, shooting Peter Yogorov and HR's Detective Raymond Terney before taking Elias and driving away. (“God Mode”)

Carter would later orchestrate a war pitting the Russian Mafia against HR. She also arranged to have a large number of Russians and HR cops arrested by the FBI. Peter Yogorov signed a sworn statement acknowledging the crimes that HR-affiliated police officers had committed in exchange for Carter's protection and her word that she would get his brother out of prison. Carter tried to use the statement to obtain a warrant to bring HR down, but the judge she thought she could trust instead told HR of Carter's plan and lured her to his home where some members of HR attempted to kill her. Carter escaped with the help of Reese and Finch, abducting HR's leader, Alonzo Quinn in the process. (“Endgame”)

When Elias found out the Yogorovs were dealing drugs in Brighton Beach and allying themselves with HR he severed ties to them and declared war on the Yogorovs and kicked them out of Brighton Beach. Their war is still going on backed by the POI Team. (“Razgovor”)