View source
watch 01:25
Jurassic World: Dominion Dominates Fandom Wikis - The Loop
Do you like this video?
Play Sound
Til Death 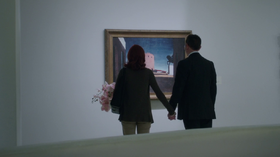 "Til Death" is the eighth episode of season 2, and the 31st produced hour of Person of Interest. It originally aired on November 29, 2012.

The team is spread thin when a husband and wife's numbers both come up.

From the traditional wedding vows from the Church of England Book of Common Prayer, "til death do us part." The Catholic version is "until death."

De Chirico and "The Red Tower"

Giorgio de Chirico (1888-1978) was an Italian painter and founder of the scuola metafisica (metaphysical school), a school of painting strongly influenced by surrealists such as painter Salvador Dalí, sculptor Joan Miró and film maker Luis Buñuel. De Chirico's school was most active in the period from 1911 to 1920, and produced images that were known for their picture-with-a-picture and mysterious qualities, using sharp contract between dark and light or shade.

Unlike works that rejected the past, De Chirico's work used imagery from traditional Italian architecture, such as the crenellated round tower featured in "The Red Tower." Many art critics believe that the "Red Tower" evokes a dream state as well as a visualization of loneliness, with its long shadows, lack of human activity and traditional Italian piazza in the foreground. De Chirico's stark, representational style, typified by "The Red Tower" would go on to influence the surrealists whose work influenced him. 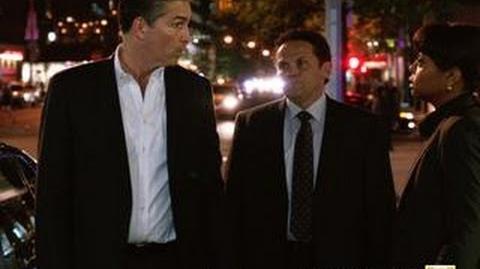