Person of Interest Wiki
Register
Don't have an account?
Sign In
Advertisement
in: Mobsters, Male Characters, Minor Characters,
and 3 more 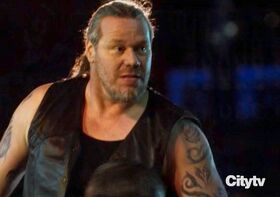 Titus is a high Ranking member of the Aryan Nation.

He orders his men to locate Leon Tao who has embezzled millions of dollars from the Aryan Nation's business dealings.

He is so big and powerful that even Reese has trouble taking him down on his own. He is eventually knocked out by a less-than-lethal slug fired by Carter from Reese's Grenade Launcher.