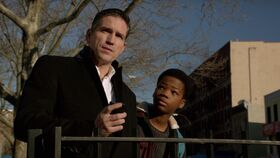 "Wolf and Cub" is the 14th episode in season 1, and the 14th produced hour of Person of Interest. It originally aired on February 9, 2012.

The Machine identifies Darren, a teenager whose brother was just murdered, as the next POI. Meanwhile, Finch is growing concerned that the son of his former business partner is dangerously close to finding out about The Machine.

"Wolf and Cub" refers to Reese as a father figure for Darren, who appears to be developing into a youthful version of himself: Reese is the wolf, and Darren his (adopted) cub. Each is in search of a family; Darren goes to a foster family that will take good care of him, and tells Reese that he will someday find himself a family. Given the references to comics and samurai in this episode, the title could also be a reference to the manga Lone Wolf and Cub. 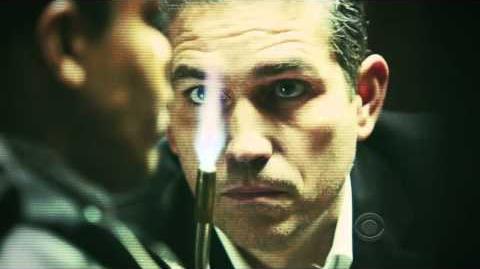